Nonesuch has posted a lovely essay by Michael Hill detailing the making of Allen Toussaint’s final album, American Tunes.  You can read several excerpts from the liner notes, including quotes by album producer Joe Henry.

American Tunes will be released on June 10.

It’ll hit 90 degrees in Houston this week, so I figured time was running out to post any Late Spring JH news…

Big thanks to Stefan Vandenberghe for keeping us updated when I am sometimes slacking off!

Rhiannon Giddens joined Joe Henry, among others, at the Aarhus Festival in Denmark a few weeks ago.  You can watch her perform a sensational version of “She’s Got You” with Joe Henry on guitar.  Gorgeous!

Nonesuch has released a digital single of a cover of the classic Dylan song “Forever Young,” performed by Rhiannon Giddens and Iron & Wine.  The song was produced by Joe Henry and featured in the series finale of NBC’s Parenthood.

Giddens, as you’ll recall, has worked with JH as both a member of the Carolina Chocolate Drops and as a solo act (she was a guest on last year’s JH projects Look Again To The Wind and Caitriona O’Leary’s The Wexford Carols).

Rhiannon Giddens profile is likely to raised even further in the coming weeks with the release of her T Bone Burnett-produced solo debut, Tomorrow Is My Turn (due Feb. 10 on Nonesuch).  She was recently featured in a lengthy feature by The New York Times’ Jon Pareles and also participated in Burnett’s hand-picked ensemble for 2014’s The New Basement Tapes.

First, apologies for the light blogging.  I suppose it’s time to crawl out of the woodwork and pass along some of the recent happenings in JH’s universe.

Many thanks and kudos to Stefan for keeping the flame burning in my absence and holding down the European front.  He’s been tireless in his efforts, and much of what you’ll read here I heard about from his blog. 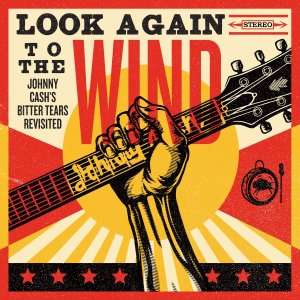 UPDATE 7/9:  You can pre-order the record at the iTunes store and download “The Ballad of Ira Hayes” featuring Kris Kristofferson with Gillian Welch & David Rawlings (or you can download the track individually).

UPDATE 7/8:  USA Today has a few more details, all of which make this sound like a uniquely collaborative effort between the artists.

As you may recall, Joe Henry spent the first months of 2014 producing a very unique project, a re-imagining of Johnny Cash’s equally unique record Bitter Tears.

The record features performances by Kris Kristofferson, Gillian Welch, David Rawlings, Emmylou Harris, Steve Earle, Bill Miller, Rhiannon Giddens and The Milk Carton Kids.  The album will mark the 50th anniversary and be accompanied by the release of a documentary directed by Antonio D’Ambrosio, who also wrote the very excellent book about the original album, A Heartbeat and A Guitar.

The album is reportedly due August 19 from Sony Masterworks, and I’m sure you’ll be hearing a whole lot more about it in the coming weeks.  Press notes below:

Of all the dozens of albums released by Johnny Cash during his nearly half-century career, 1964’s “Bitter Tears: Ballads of the American Indian” is among the closest to the artist s heart. A concept album focusing on the mistreatment and marginalization of the Native American people throughout the history of the United States, its eight songs among them “The Ballad of Ira Hayes,” a #3 hit single for Cash on the Billboard country chart spoke in frank and poetic language of the hardships and intolerance they endured.

Now, 50 years after it was recorded, a collective of top Americana artists has come together to re-imagine and update these songs that meant so much to Cash, who died in 2003. For “Look Again to the Wind: Johnny Cash’s Bitter Tears Revisited,” creative leader and album producer Joe Henry (Bonnie Raitt, Aaron Neville) realized that the “Bitter Tears” album held a special place in Cash’s canon, and that in many ways the issues it raised still resonate today. This had to be apparent in the new versions he was recording for “Look Again to the Wind.” The album features American music giants Kris Kirstofferson, Emmylou Harris, Steve Earle, Bill Miller, Gillian Welch and David Rawlings, and Norman Blake (the guitarist and only surviving member from the original recording sessions) as well as up-and-comers The Milk Carton Kids and Rhiannon Giddens, interpreting the music of “Bitter Tears” for a new generation. As the original album was for Cash, this new collection is a labor of love with a strong sense of purpose fueling its creation. The album was recorded in Los Angeles, Nashville and at Johnny Cash’s personal recording studio, Cash Cabin in Hendersonville, TN.